Fortnight of Heat: Queue In at George Christensen's Office 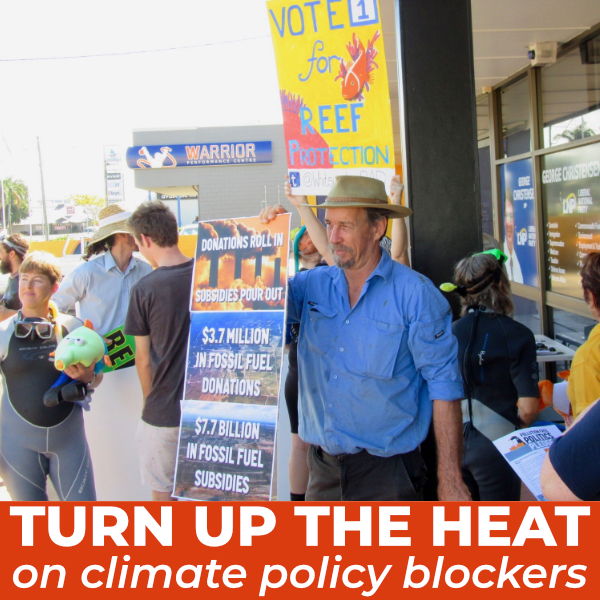 It's going to be a long hot Summer and we're going to make it even hotter for the politicians who block effective action on climate change. Here in Mackay that's George Christensen, the man who refuses to support even his own government's clean energy targets and has ridiculed climate science.

This summer farmers are already dealing with an unprecedented drought, we're likely major bushfires like those sweeping California right now, and there's a 60% chance the reef will suffer another catastrophic bleaching event.

The planet is feeling the heat so we're going to make things even hotter for climate change deniers in government. Our first action is a Queue-In at George Christensen's office on Thursday 22 November at 9.00am. One by one, we will cordially introduce ourselves to his office staff, explain why we care about our Reef and climate change and deliver personalised messages for our MP.

This event is part of the nation-wide Stop Adani Fortnight of Heat, ramping up the pressure on our MPs to put a stop to the expansion of coal, the dirtiest fossil fuel.

If you aren't in Mackay, you can find other events around the country at stopadani.com/fortnightofheat