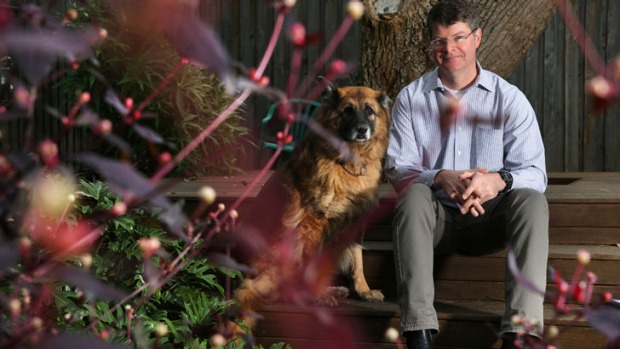 Financial analyst Tim Buckley will be in Mackay on April 14 talking about the future of global energy markets from coal and gas through to renewable energy and what this means for our region. Tim is very knowledgeable and an excellent public speaker who explains global energy trends in easy to understand language.

Free event, all welcome - to RSVP go to the event page! 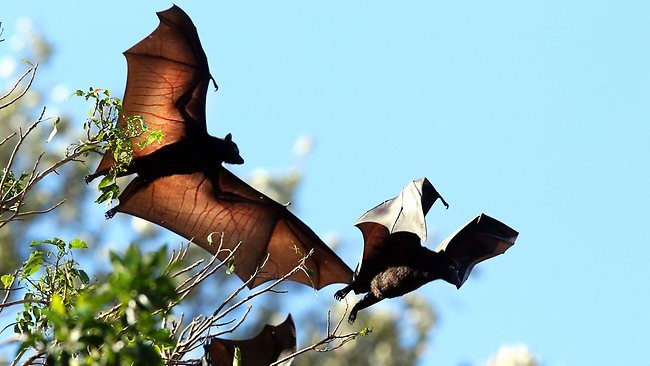 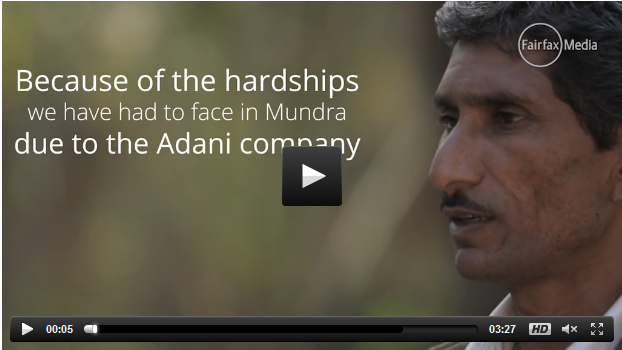 Vote for the Reef Scorecard

The Reef is shaping up as one of the key election issues, and Laura at Mackay Conservation Group has rated all of the parties on their policies on the Reef as well as other crucial environmental issues. 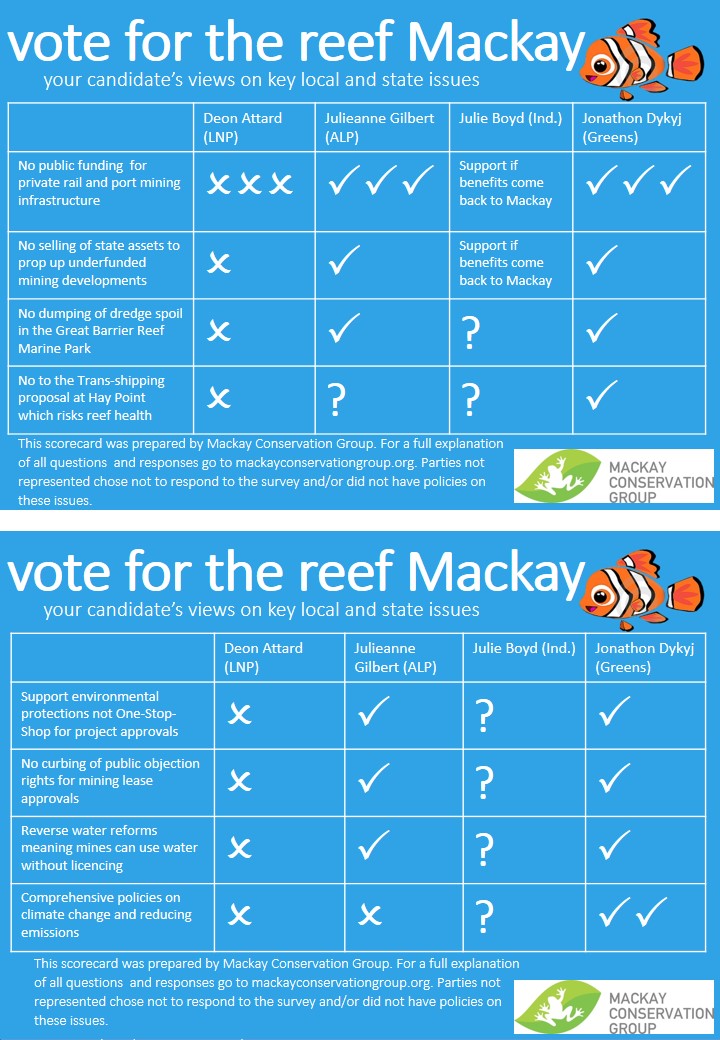 Click read more below to see the full rating for the Mirani electorate.

I recently prepared an EPBC Referral submission on the Galilee Water Pty Ltd. proposal to take water through two initial diversions from the Cape and Campaspe Rivers in the upper reaches of the Burdekin River and store it for water supply to the Galilee Basin. Galilee Water is a dollar company headed by Keith de Lacey the instigator of Cubbie Station which proposes to take up to 214,000ML/year[1]. That is 38 per cent of the volume of Sydney Harbour.

New legal challenge of Carmichael mine

MCG will be represented in this case by EDO NSW, a community legal centre specialising in public interest environmental matters.

MCG is calling for the July 2014 approval to be rendered invalid on the grounds the Minister failed under his duty laid down by the Environment Protection and Biodiversity Conservation (EPBC) Act to take down stream greenhouse gas emissions from the mine into account.

If successful, this test case could change how governments assess fossil fuel projects such as coal mines.

Make your submission on the Abbot Point coal terminal

The Queensland government wants to dredge 1.7 million cubic metres from the Great Barrier Reef World Heritage Area and then dump this material into settling ponds in the Caley Valley wetlands, wiping out habitat for endangered and migratory birds and risking sediment running back into the Reef.

If you have two minutes, please make a submission to Greg Hunt: https://caleyvalley.good.do/stop-fast-tracking-abbot-point-dredging-and-dumping/send-in-a-submission-to-protect-the-reef-wetlands/ 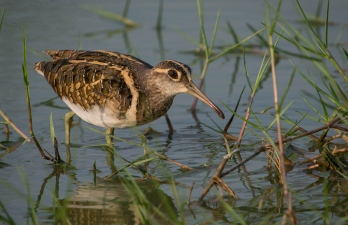 We celebrated another year at the Mackay Conservation Group AGM on December 2nd.

Our final Beautiful Walk for the year was at Black's Beach Spit. The walk was organised and led by new MCG Management Committee member Pierre Craven. We learnt about the unique plants and animals of the spit, including migratory birds, the importance of mangroves and all the different insects that interact with green ants.

We'll be continuing the Beautiful Walks in 2015 so keep an eye out!