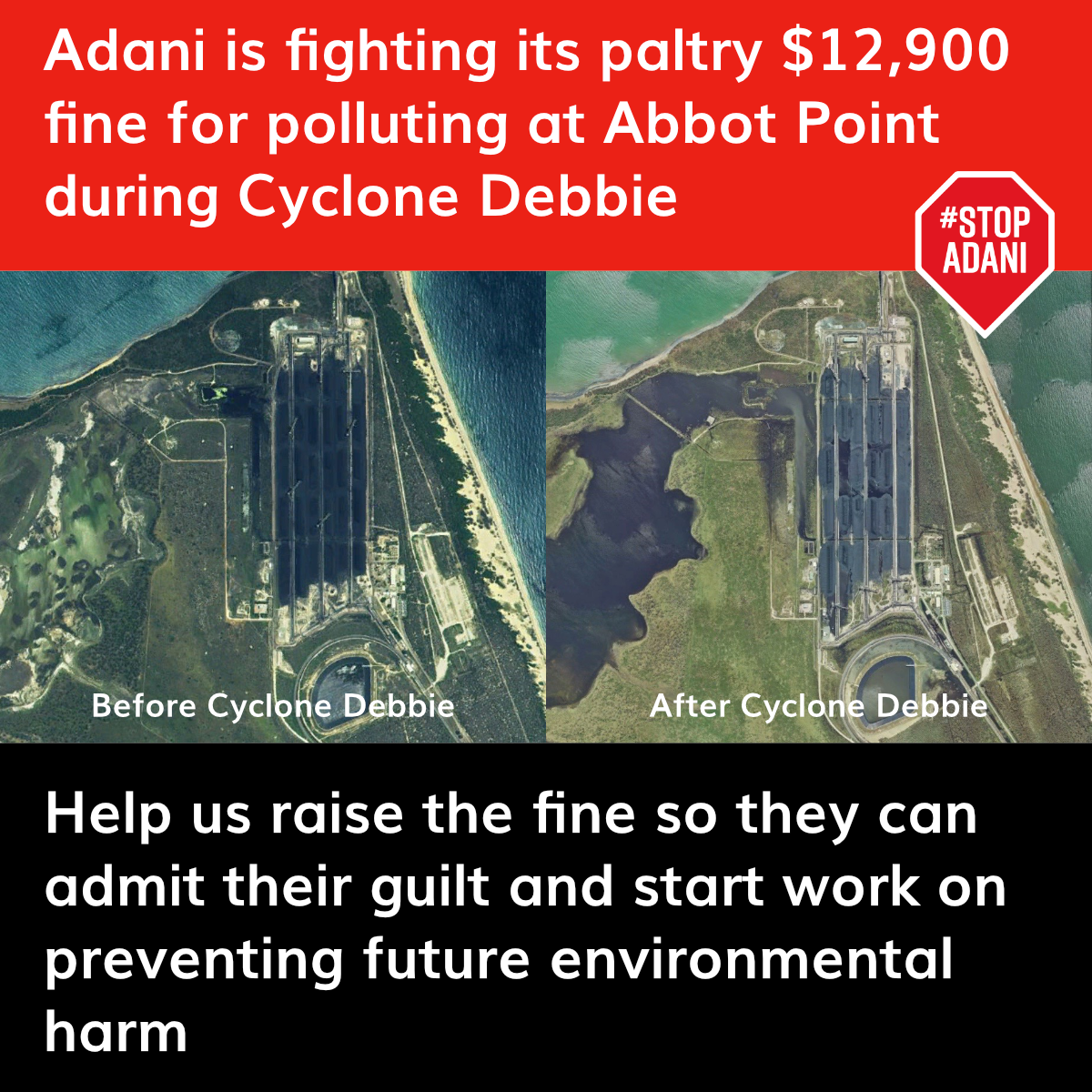 We have learned that Adani will challenge a $12,900 pollution fine for its Abbot Point terminal so we have launched a fundraising campaign to help Adani to pay the fine.

In March this year, the Environment Department granted Adani a temporary emissions licence at its Abbot Point coal terminal that enabled the company to triple their release of pollution into the environment during Cyclone Debbie.

After the cyclone Adani admitted that it exceeded its temporary licence by more than 800% and has been issued with a paltry $12,900 penalty notice by the Environment Department.

Adani shouldn't be crying poor. It should pay its puny $12,900 fine for polluting the environment at Abbot Point rather than engaging in lengthy legal action.

The company admitted releasing 806 milligrams per litre of coal and other sediments into the environment during Cyclone Debbie, they should pay the fine, say they are sorry and begin the work to prevent any future contamination.

It’s plain that Adani has an appalling record and should not be allowed to operate in sensitive environments anywhere near the Great Barrier Reef.

If Adani refuses our offer of funds, we'll use any money we raise to continue to expose the appalling risk the Carmichael mine project is for the Great Barrier Reef, Queensland's water and our iconic wildlife.