Palaszczuk, no special treatment for Adani!

To the Hon Premier Palaszczuk and Treasurer Trad, 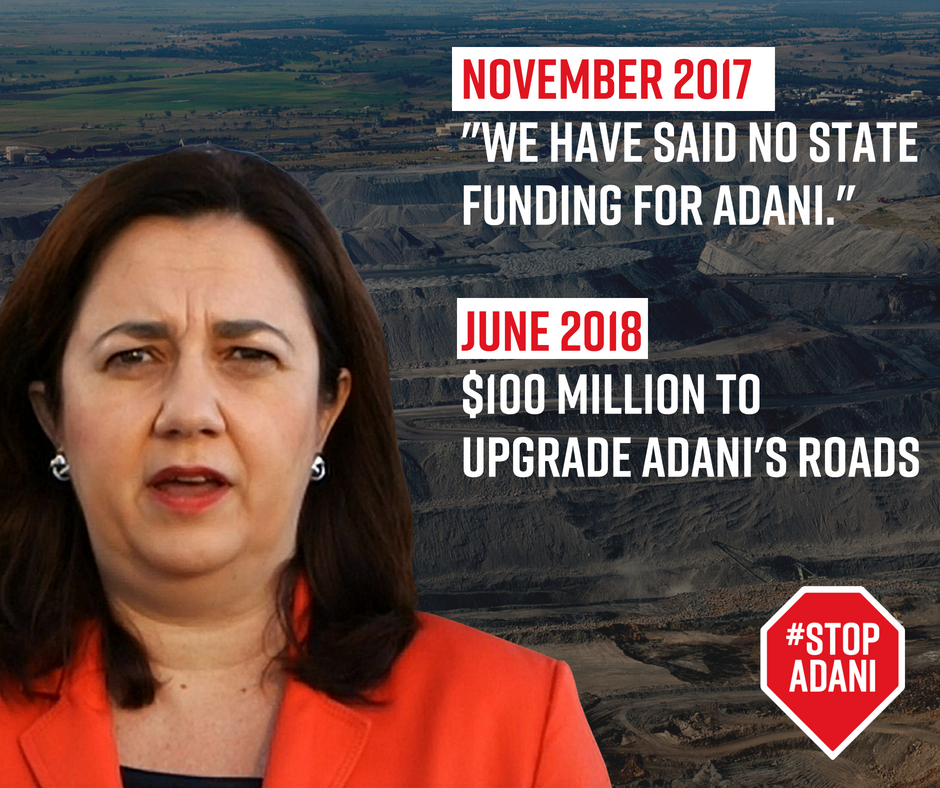 At the last election you promised 'no state funding for Adani’ and that 'the project needs to stack up financially, independently, it needs to stand on its own two feet'.

But the Qld government continues to provide special treatment and handouts for Adani.

Secret cabinet documents reveal the Qld govt is actively considering giving Adani up to $100 million of taxpayers' money to upgrade a road to the mine, which the Coordinator General says Adani should fund! $100 million for one road translates as nearly SEVEN TIMES more funding than the $15 million the Qld govt allocated to their plan to reduce carbon emissions.

The Qld govt is also offering Adani a cut-price royalty deal that could cost Queenslanders up to $700 million!

Premier Palaszczuk and Treasurer Trad: Honour your election promise, no special treatment for Adani! Rule out public funding for Adani's roads and a cut-price royalty deal!