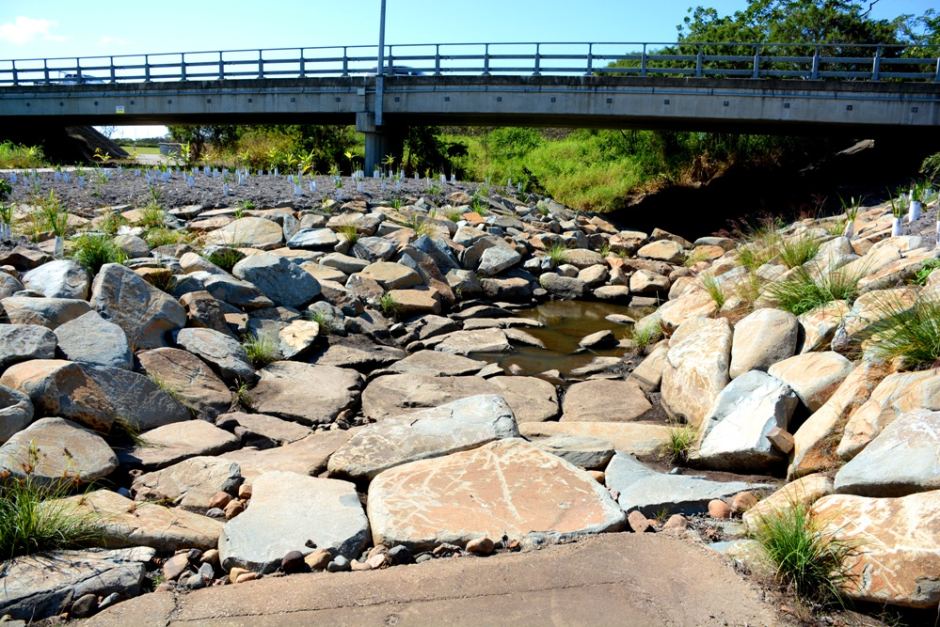 Many of Mackay's small creeks have suffered from significant modification over the past century and a half. They have become degraded to the point that fish can no longer reach the upper levels of these small catchments to breed and maintain their numbers. Over the past couple of decades there have been an attempts to restore these habitats by making it possible for fish to move past artificial barriers.

At Lagoons Creek which runs from the Botanic Gardens down to the old Hospital Bridge site, there is a big effort being made to restore the waterway by removing weeds and installing "ladders" which permit fish to move upstream. On this beautiful walk, you'll learn more about this project and others that have been undertaken in the Mackay region to restore our creeks.