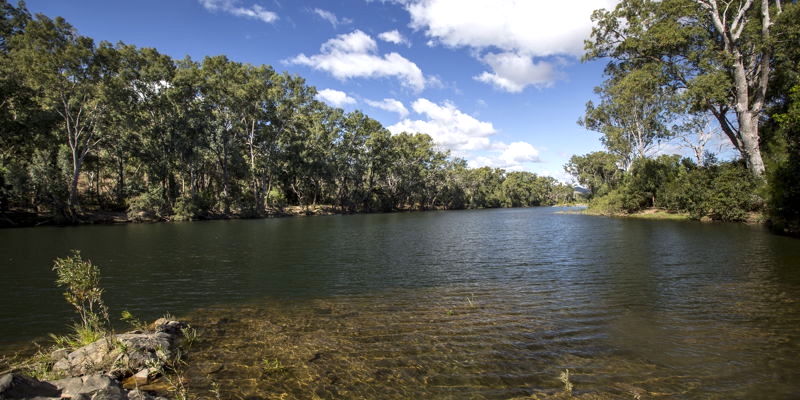 Pristine Urannah Creek is one of Central Queensland's last wild spaces. It needs your help. This isolated habitat is a safe haven and home to Irwin's Turtle (discovered by famed naturalist Steve Irwin), as well as many other threatened plants and animals. The proposed Urannah Dam threatens this ecosystem and others that rely on the waters that flow from it. Urannah dam will flood this valley and reduce the quantity and quality of water that flows into the Burdekin River. Reduced water quality threatens the health of the Great Barrier Reef.

Wildlife will suffer and so will downstream farmers. Flow reduction will dramatically reduce groundwater recharge. To survive, many farmers will be forced to buy high cost irrigation water.

Urannah Creek is part of the traditional homeland of the Birri & Wiri people. They oppose this dam.

The Urannah Dam was first proposed in the 1960s. Every plan since then has failed to meet economic and environmental feasibility tests. The current proposal by Bowen River Utilities is no different. An independent economic analysis found the plan will return on 26¢ for every dollar it costs. Taxpayers and farmers will suffer financially if the project proceeds.

Urannah Dam is just one of four dam proposals within the Burdekin Basin. They will have a disturbing cumulative impacts on Queensland's largest river system. In the face of climate change we must act to protect Urannah Creek to ensure its health and the health of our river systems for generations to come.

Click the buttons below to learn more about the many reasons you should join the call to save Urannah !