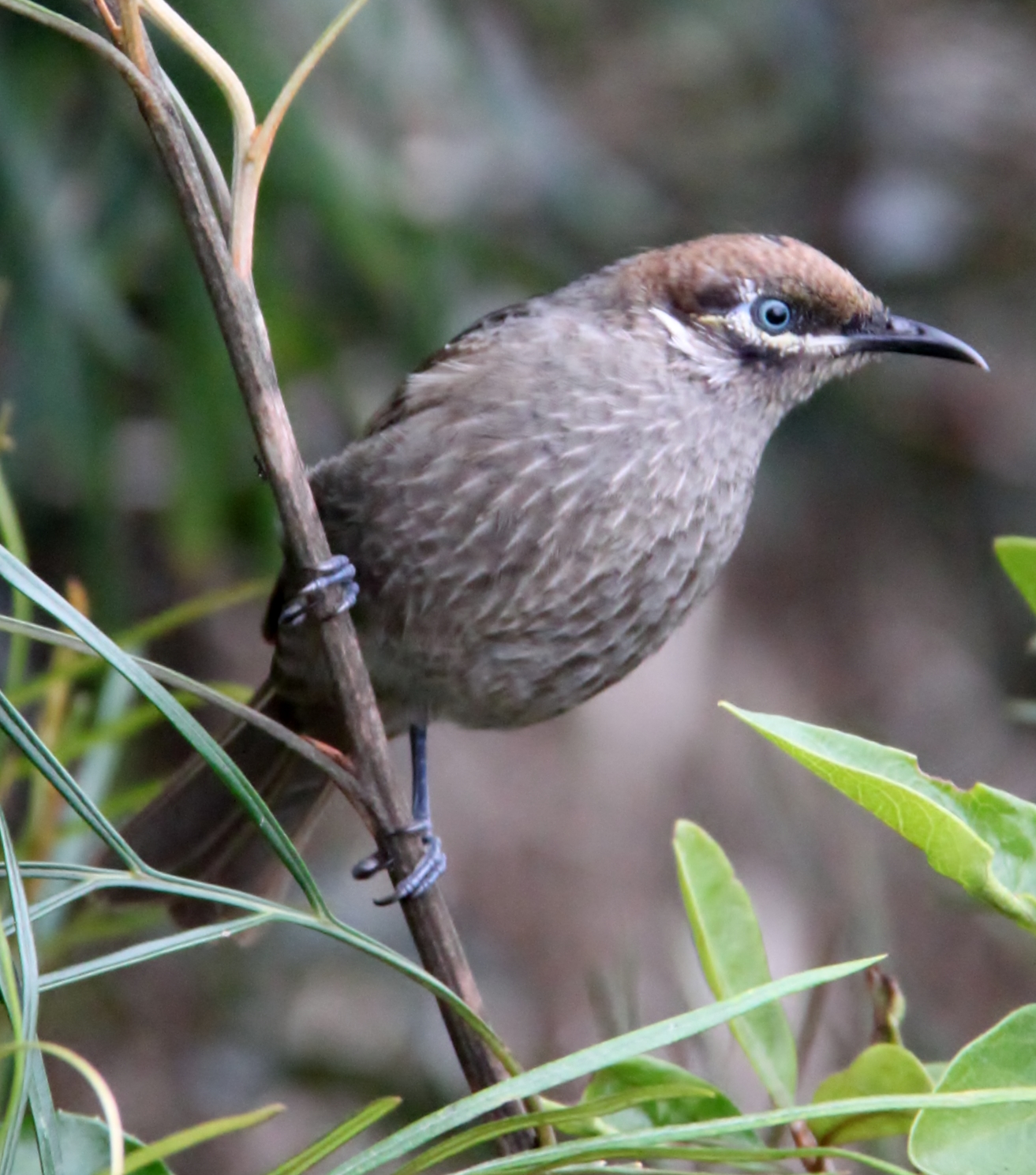 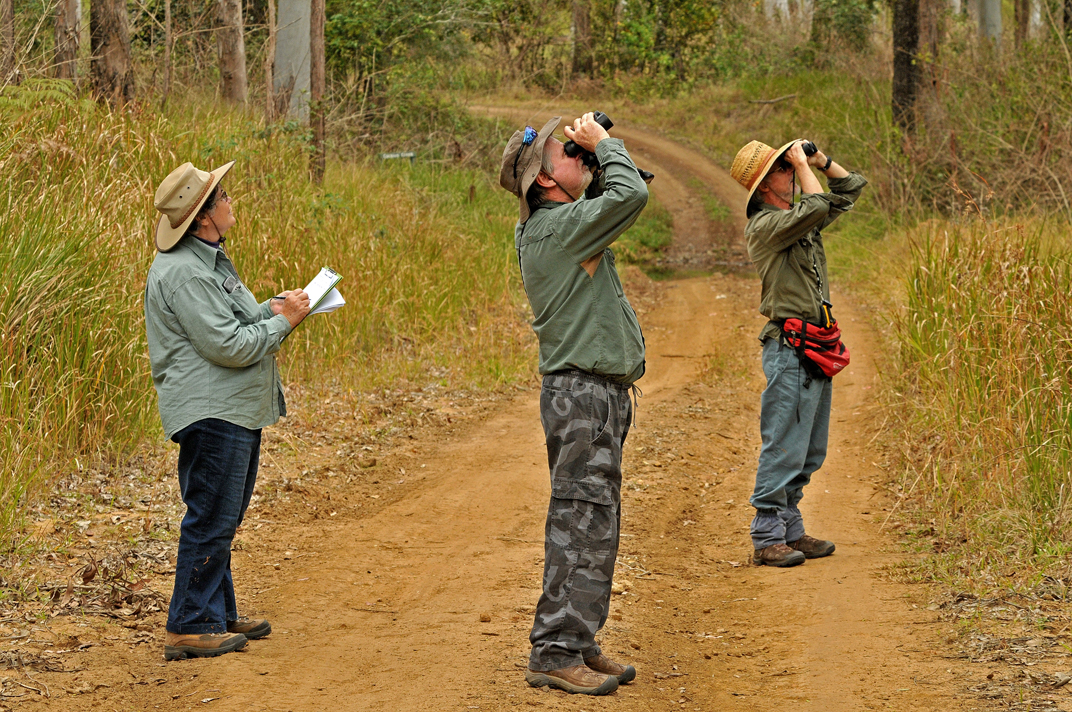 Mackay Conservation Group obtained a grant from the Norman Wettenhall Foundation to cover expenses and partnered with 26 bird observers from Birdlife Mackay and other bird watchers to undertake weekly winter surveys in 2014 of the Eungella honeyeater and other bird species. The surveys covered three 10ha sites in northern Crediton State Forest in known habitat areas for this species. Two sites were adjacent to the logging area to quantify impacts and get data to estimate current population. Birdlife Australia provided the survey methodology.

The Eungella honeyeater and other honeyeaters feed on lerps which are a sweet structure around psyllid insects in the immature nymph stage found in the eucalypt forests during winter. The birds keep lerp populations under control. Then they return to the rainforest of Eungella National Park to utilize other food resources such as Pandanus flowers in September and nest beginning in October. They were recorded in large flocks of twenty to sixty birds feeding on nectar in flowering trees in 1998. In recent years only a few have been reported.

In the northern hemisphere wind is the main pollination source for trees but in Australia it is birds, especially honeyeaters. This symbiotic relationship means that the trees depend on birds to maintain genetic diversity which allows them to be more resilient to climate variability. The birds in turn are rewarded with a food source that is staggered year round from different plant species. Birds are crucial for the health of Australian eucalypt forests.

Of the eighty-five bird species recorded forty-four were found in every survey site. The trend for almost every one of these forty-four species was lower numbers for each species on the monitoring site closest to the logging area. Only Lewin’s honeyeater was present in higher numbers than expected. This is an aggressive honeyeater and outcompetes many other bird species when food resources are scarce.

Although trees were covered in buds, only a few flowered at any time and blossoms were low in density compared to earlier years such as 1998. The dry weather conditions of 1998 caused densely flowering trees and provided ample sources of nectar for the honeyeaters. In winter 2014 good rainfall before winter meant fewer blossoms but probably an ample supply of lerps.

Patricia Julien stated that weather was probably affecting food supplies and the lower numbers of honeyeaters present this winter. Data provided a total Eungella honeyeater population estimation of 2,112 Eungella honeyeaters for the eucalypt forests around Eungella National Park based on numbers counted over the thirteen surveys and the areas of the survey plots. This number is close to the earlier count of 2,500 by Queensland Park & Wildlife staff. It confirms the value of the methodology design used to count the Eungella honeyeater population. The number may be lower because of weather conditions which affected the quantity of the food resources.

Birdlife Mackay and Mackay Conservation Group now seek additional financial support to continue the winter surveys near the logging coups. Additional surveys could confirm our results and provide data so we can determine if population is declining by comparing past and present population estimates in years with similar weather conditions. If the Eungella honeyeater population is declining significantly it can be declared an endangered species which will give it more protection. It is currently listed as near-threatened because of a lack of data on actual population.

The value of volunteer support has been $24,000 and we hope that the Queensland government will realise the necessity for this work for forest and biodiversity sustainability and step forward to help with future survey costs said Daryl Barnes. The present requirements in the Forestry Code of Practice are insufficient to protect the Eungella honeyeater and other honeyeaters as logging affects their food sources said Patricia Julien.

The four tree species selected for logging are found outside of the Eungella honeyeater habitat so there is little justification for logging it in Crediton State Forest.

This research could not have happened without the twenty-six expert bird observer volunteers and the tireless coordinator support of Birdlife Mackay President Daryl Barnes. Gerry Woodruff, Graham Armstrong and Barry Heinrich volunteered the most. Mackay Conservation Group provided a research report on findings, some volunteers and transport through a Norman Wettenhall Foundation grant.

The public can donate to Birdlife Mackay and obtain copies of the research report from Mackay Conservation Group.