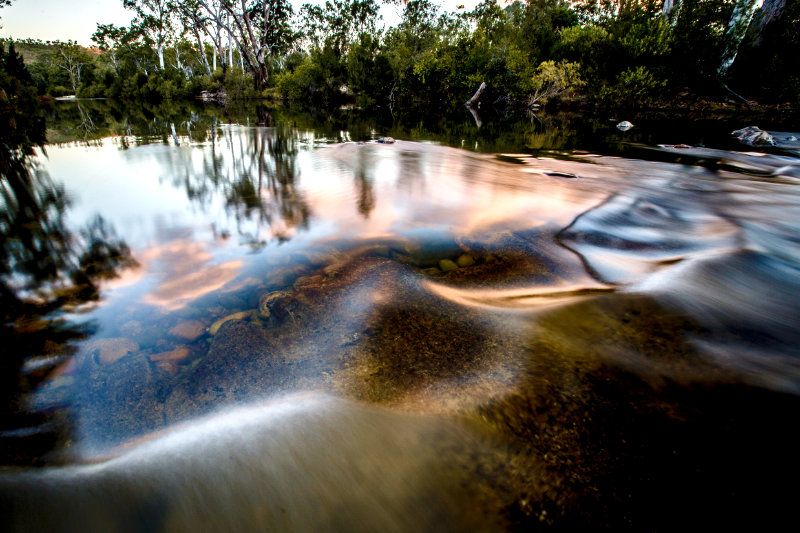 In the late nineteenth century the English adventurer Harold Finch-Hatton visited Mackay. He travelled to the upper reaches of the Pioneer River, where Europeans had not yet begun farming. Finch-Hatton described the river as “a succession of deep black pools of beautifully clear water, some of them nearly a mile in length, with long rocky rapids between them.” That’s a far cry from today’s river.

Every year many Australians celebrate the establishment of a prison colony at Sydney in 1788. Sydney Cove was chosen by Arthur Phillip because it had a supply of fresh water. Unlike the Gadigal people who had lived as part of the land for tens of thousands of years, the European colonisers had little reverence for country. The Tank Stream that provided that life-giving water was soon polluted. Two centuries later the stream has been completely modified. It is part of Sydney’s stormwater system and only flows through underground pipes.

We have done much damage to our rivers and streams over the past 232 years. They have been dammed, polluted, diverted and water has been over-extracted. Even though we set limits, pollution from mines, cities, farms and factories continues to degrade our rivers. There are few streams in Australia today from which you could safely take a drink.

This year Mackay Conservation Group is commencing a campaign to restore our rivers and streams and prevent further degradation. We need your support. Sign up and receive updates about our campaign.