Adani is just the tip of the melting iceberg

Environmental organisations such as Mackay Conservation Group have focused on preventing the Adani mine from being constructed for several years. We have built a movement of two million people around the country who support organisations that are part of the Stop Adani alliance. That leads some people to wonder why we aren’t focussed on the other mines planned for the Galilee Basin and elsewhere.

In 2012 it appeared that the first cab off the rank would be the GVK-Hancock Alpha mine. It attracted a lot of attention from the environmental movement. That project hasn’t gone anywhere, while Adani has been eyeing off opportunities to open its mine with generous support from taxpayers including low-interest loans and special royalties deals. 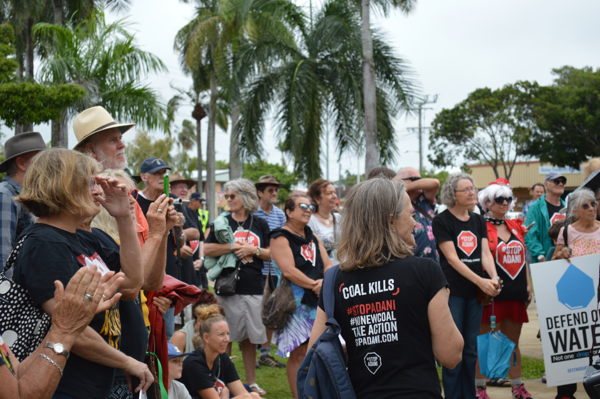 If it ever goes ahead, the Adani mine will pave the way for opening up the Galilee Basin to coal mining. The proposed projects in the Galilee Basin would add an additional 300 million tonnes of coal to Queensland’s annual production. Some of those mines have life spans of 150 years. If the Galilee Basin was a country, it would generate more greenhouse gas pollution than all but six nations on Earth.

Burning coal produces carbon dioxide which acts like a blanket on the planet, trapping heat that would normally pass safely through the atmosphere and out into space. It warms the surface of the Earth which in turn causes havoc with rainfall other processes we depend upon for our food and livelihoods.

That’s why Adani has attracted so much attention. Without the Adani mine, it is unlikely that any new coal mines will open in the Galilee Basin and the coal will remain safely in the ground where it won’t cause harm to anyone.

The consensus of scientists around the world is that global warming is real, it’s caused by humans and without urgent action global temperature increases will become out of control. Scientists have calculated that to keep global temperature rises below two degrees will require us to stop burning coal to make electricity within 30 years and we must halve the volume of coking coal burned for steel production.

If we don’t meet those targets then we will be faced with a future where Mackay will be drowned by rising oceans as ice caps melt, we will also suffer through harsher and longer droughts and more intense cyclones. We have no choice but to stop Adani.