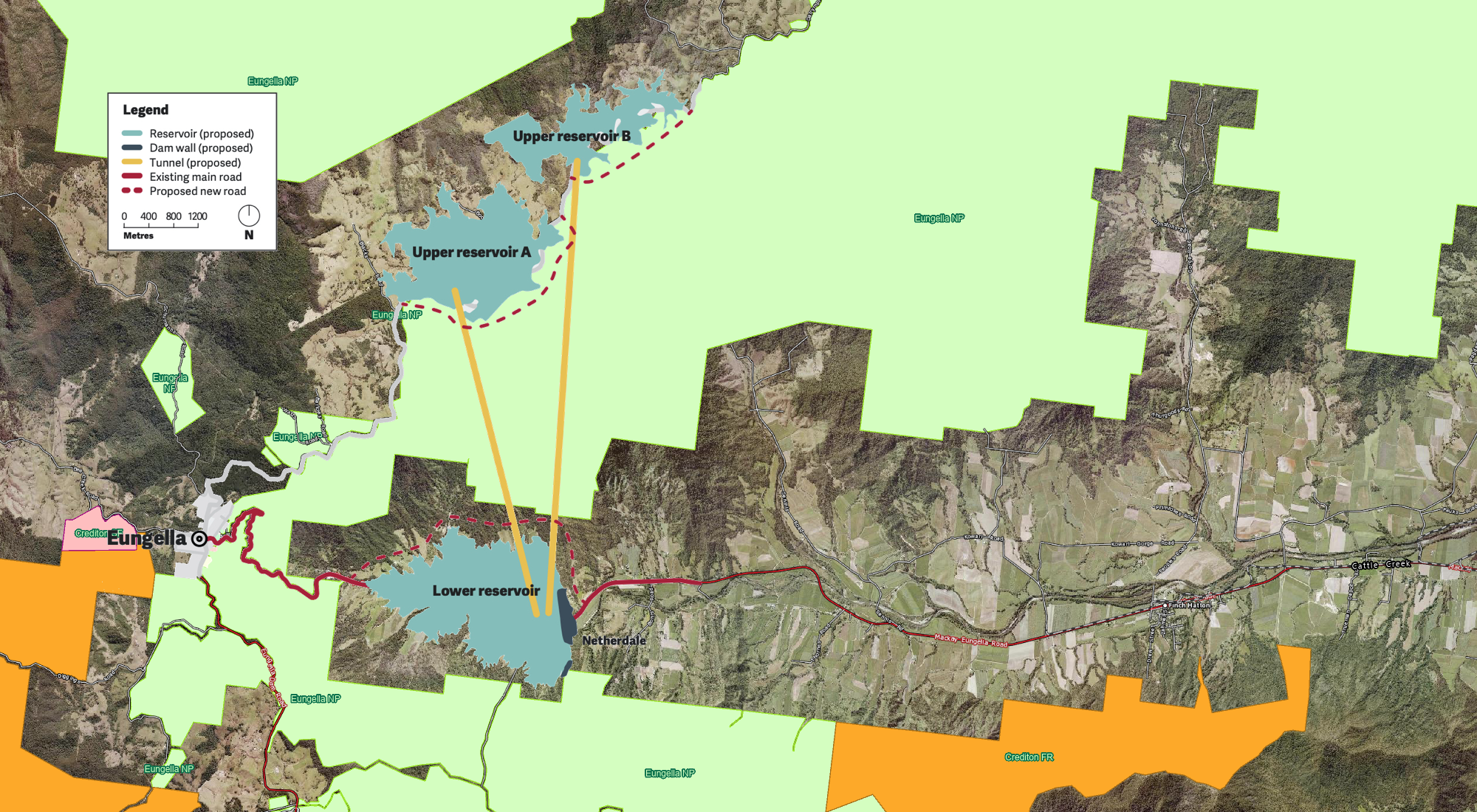 On Wednesday 28 September 2022 the Queensland Premier, Annastacia Palaszczuk, announced a plan to build the world’s largest pumped-hydro scheme 70km west of Mackay in the Pioneer River and Burdekin River Catchments.

According to the premier’s announcement the project will provide 5 gigawatts of electricity for up to 24 hours with the first stage to be completed by 2032.

The next day the premier visited Mackay for an invitation-only media launch of the project, also attended by Energy Minister, Mick De Brenni. Mackay Conservation Group representatives and affected landholders attended but were not permitted inside the venue. We spoke to government officials outside the venue.

A fact sheet was distributed to journalists and members of the public during the launch. The fact sheet includes a map outlining the proposed location of the storages. The lower storage will be on Cattle Creek in the upper Pioneer valley. It will inundate the town of Netherdale and the valley up to the base of the Eungella Range. The upper storages will be north of Eungella on properties adjacent to Dalrymple Road.

The Queensland Government will brief Mackay Conservation Group in the coming week. If you have any questions you would like us to raise during the briefing, please email MCG's dams campaigner Imogen Lindenberg [email protected]

What we don’t know:

Timeline: Analytical studies and community consultation to take place between 2024 - 2026