140 million tonnes of marine sediment are proposed to be dredged during port development in the Great Barrier Reef over the next decade i.e. 14 million tonnes per year over ten years.[2]

Not all dredge spoil may be dumped at sea but some may behind bunds to form reclamation areas for future port activities.

Either way large dredge spoil plumes will be created and affect water quality.

This ports’ dredge spoil could easily be 2.5 times more than all of the existing agricultural, urban development and mining pollution reaching the reef at present.

It would dwarf - more than 38 times over, in one year alone - the 0.36 million tonnes of agricultural sediment pollution avoided by the Reef Water Quality Plan over 2009 to 2011.

The Australian Environment Minister will decide in December 2013 whether or not to permit the dumping of this dredge spoil outside the port boundary in the Great Barrier Reef. 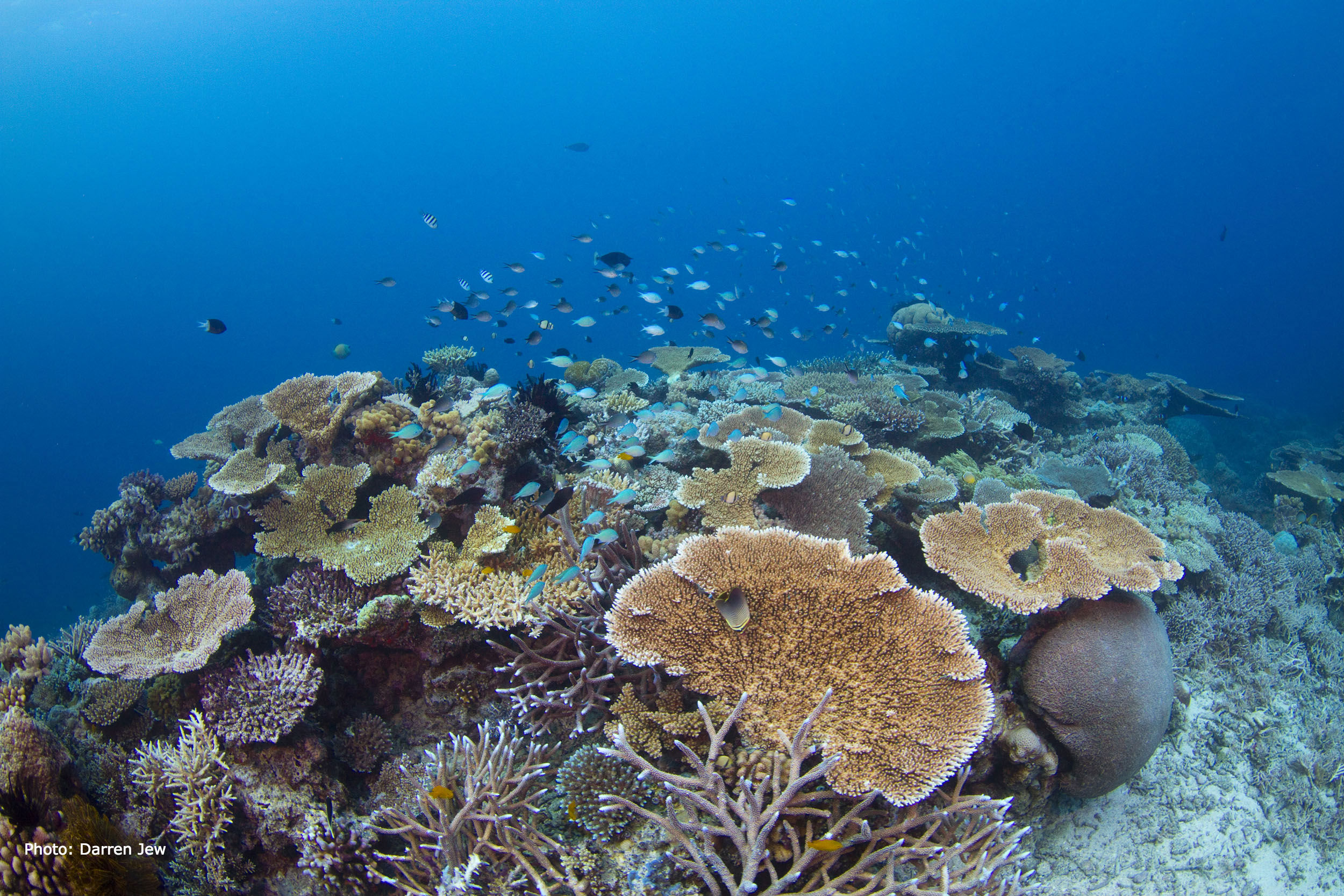 Dredging involves digging up the seabed and rocks, destroying the sea grasses and the habitats of bottom dwelling benthic marine animals.

Destroying the sea grasses affects the fish, molluscs and other sensitive creatures like turtles and dugongs that depend on them.

GBRMPA modelling has shown the dredge spoil plumes from Abbot Point, driven by deep ocean currents, could travel north of the Burdekin River mouth and south to the Whitsundays.

And it won’t end with the initial construction - more dredge spoil would be dumped over time in the dumping site as maintenance dredging is carried out and if new terminals are developed.

Sea grasses are a valuable carbon sink worth $45 billion

There are nine species of seagrasses in the marine waters off Abbot Point.

Dredging in Brisbane’s Moreton Bay was found to kill sea grasses and resulted in the death of local dugongs.

The value of seagrasses in Australia has been assessed at $45 billion with one of the biggest threats being cited as dredging.

Further, seagrasses can uptake carbon dioxide from the atmosphere at thirty times the rate of rainforests.[3] They have also been found to store carbon for a thousand years.[4]

Any removal or other damage is therefore of serious concern. How much carbon will be leaked to the atmosphere and how much will carbon uptake be reduced by the removal of the seagrasses for this project?

Expert opinion now is that seagrass losses cannot be offset, even if it is possible to do so or if it is set as a condition for granting a development.

Seagrass removal in the Bowen Region is also likely to impact the fishing industry - a sustainable economic mainstay of the Bowen region.

It is sometimes claimed that material in dredge spoil is somehow less harmful to marine ecosystems, such as seagrass, fish and coral reefs, than the sediment from rivers. Yet there is no scientific evidence for this claim.

Research by Dr. Jon Brodie at James Cook University shows that the management of the dredging process is also defective.

He found there is no real independence in the environmental impact assessment process, which are used to form the basis of how developments are managed.[5]

Neither is there independence or transparency in the compliance monitoring program, which is also designed by consultants for the developer, and the decisions on the tenderers for the contracts made by the developer.

Dr Brodie concluded that if the federal and Queensland governments sign off on the current proposals for port development along the Great Barrier Reef coastline, which are not up to the standard set with Townsville 20 years ago, where GBRMPA had control of the process, then we can expect less stringent controls over dredging and spoil dumping processes and more severe effects from sedimentation and light loss on marine communities such as seagrass and corals.

Any removal or other damage is therefore of serious concern. How much carbon will be leaked to the atmosphere and how much will carbon uptake be reduced by the removal of the seagrasses for this pro

Seagrass removal in the Bowen Region is likely to impact the fishing industry - a sustainable economic mainstay of the Bowen region.

Expert opinion now is that seagrass losses cannot be offset, even if it is possible to do so or if it is set as a condition for granting a development.

The local fishing industry is particularly concerned that dredging will release poisonous toxins into the water.

Dredging combined with large floods can cause major problems such as happened in Gladstone Harbour when dead dugongs, turtles and diseased fish covered with strange red lesions were found in the summer of 2010-11. Fishing was banned for weeks and locals still will not eat the seafood caught there.

Although research was conducted suggesting that toxins were not the cause, experienced local fishers are not convinced.

Increased turbidity in the water has considerable implications for the fishing industry. It reduces the growth of seagrasses, which are fish hatcheries.

Australia has already received warnings from UNESCO that the Great Barrier Reef’s prized World Heritage listing could be in danger.

In June 2013 Australia only narrowly averted having the Great Barrier Reef placed on the shameful ‘in danger’ list.

UNESCO found that the Commonwealth and state governments had failed to set limits or enforce approval conditions on development.

It is now considering a strategic assessment from the Queensland and Federal Governments to protect the Reef from industrialisation.

The Great Barrier Reef is a much-loved wonder of the world, loved by Australians and the international community alike. The pursuit of short-term, climate damaging fossil fuel industries right on top of it could spell it’s end.

Tourism is Queensland’s largest tertiary industry and is valued at $6 billion. Reef-related tourism employs some 65,000 people. No-one is going to travel around the world to see the world’s biggest coal port.

Serious damage to the Reef is likely to result in losses that extend far beyond the limited life of the coal industry. Mining the vast thermal coal deposits of the Galilee Coal Basin will only hasten the demise of this precious natural wonder.