Rory was talented, publishing a book “No Killing Sky” in 2017 (New Internationalist), an easy to read thriller with a global environmental theme. It was dedicated to his wife Kerry who supported him so well during his illness.  His creativity shows in a cartoon he drew reflecting the relationship between the Whitsunday mayor and SOF.

At MCG, those who knew Rory relish that opportunity to having shared some of his life with us, imprinting some of his nature on us. He was always ready to write letters to the media and politicians and assist with campaigns, contacting us to ask how he could assist, generously donating his time and funds to protect the places he loved in our region. His memory motivates us to further advocate for the common good, especially that of the environment. Our hearts go out to Kerry. 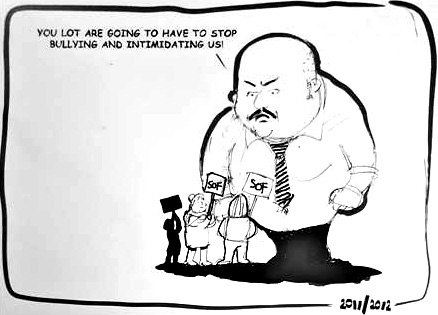