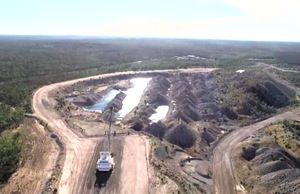 It seems that Rio Tinto has pulled the wool over the eyes of TerraCom investors and is about to offload huge liability on a company with limited financial resources and huge debts.

MCG is calling on the state government to block the sale of Blair Athol to TerraCom in the same way they blocked the sale to Linc Energy a few years back.

Rio Tinto must accept that it made the money mining Blair Athol and it must take the responsibility for cleaning up the mess.

In the current market it is unlikely that TerraCom will make sufficient profits to ensure that the mine can be fully rehabilitated to a state that is acceptable to the Queensland community.

Rio Tinto on the other hand has set aside billions of dollars for rehabilitation and they should spend some of those funds creating jobs in Central Queensland.
Share
climate