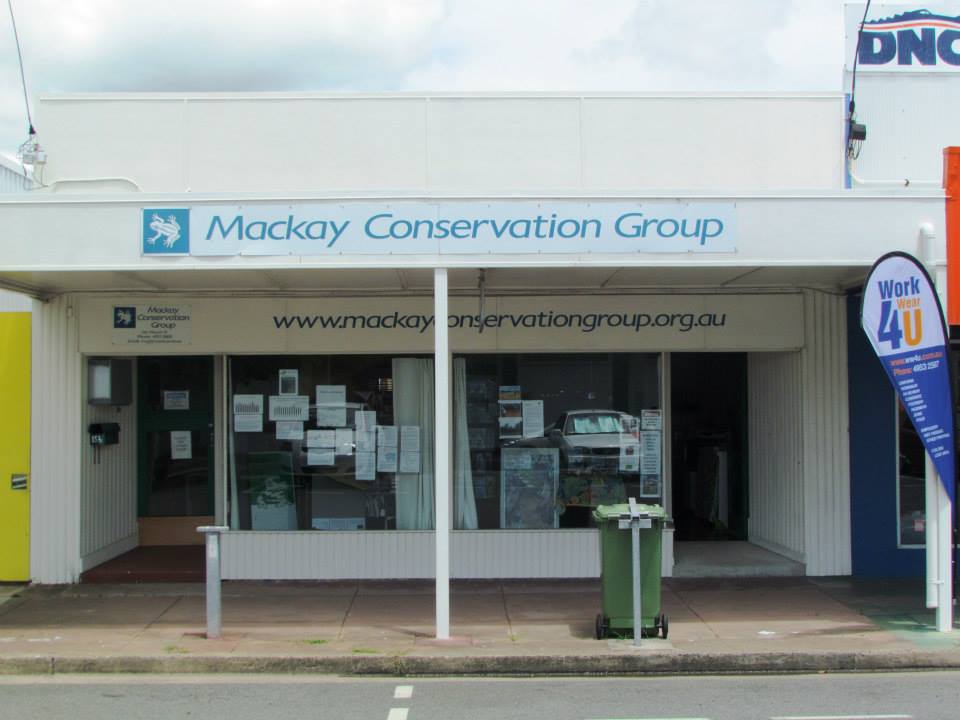 The Mackay Conservation Group incorporated nearly  30 years ago when a small group of concerned citizens recognized that the  government of the day had little interest in protecting the environment on which we all depend, and determined to lobby for change.    The issues in the 80’s and 90’s  included broad scale land clearing and logging, mangrove destruction, pesticide and herbicide runoff ,  inappropriate development of the coastline,  and loss of native species and biodiversity.  Those issues continue to be current, and we have added the protection of the iconic Great Barrier Reef to the list of things we value enough to fight for.

For 10 years after the group formed, it was itinerant, and met in various places including people’s homes, school tea rooms etc, until the treasurer, Ian Carlisle, formed a trust to purchase a building in the city in 1994.

Last week Mackay Conservation Group celebrated moving in to the premises  at 156 Wood Street, and this has provided  a secure home for the last 20 years.

The Mackay Conservation Group is considered the peak environmental group in the region.  It has been consistent in maintaining environmental values, and lobbying and campaigning to protect our air quality,  our water ways, our land, sea and native species both for now and for the future.