This turtle species has lived in the rivers west of Mackay in Central Queensland for millions of years. It has adapted to life in the fresh, fast-flowing rainforest streams in a remarkable way. It is able to pump oxygen rich water over membranes in its body and breathe underwater like a fish. As a result it can spend extended periods below the surface foraging for food.

This little turtle is now under threat from a major new federal government dam proposal. The $600 million Urannah Dam will flood the Urannah and Massey Creeks to create Queensland's second largest artificial impoundment. It will destroy the habitat that Irwin's Turtle depends on.

Last year Steve Irwin's son, Robert Irwin, called for the dam proposal to be scrapped "out of respect for Dad." Robert Irwin said his father dedicated his life to Irwin's Turtle.

For the past twenty years Mackay people have been campaigning to protect the turtle and the beautiful rivers that it lives in. This week they are taking to the water to protect the species as part of a fundraising campaign by Mackay Conservation Group. 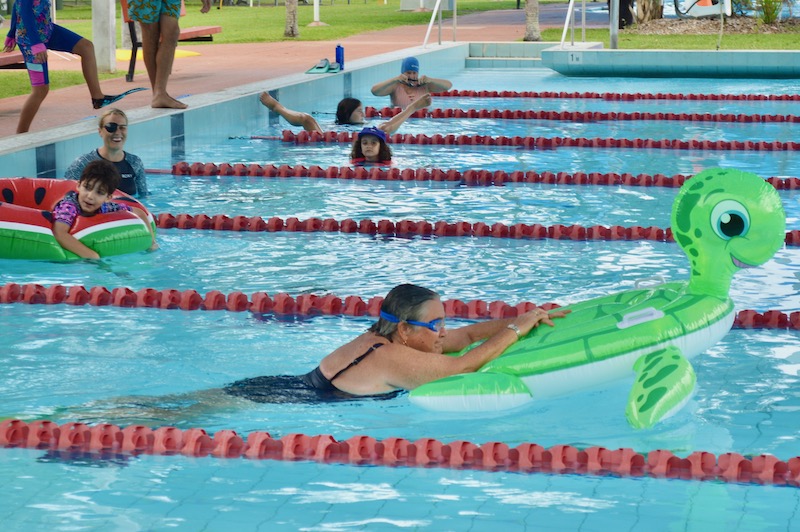 Mackay Conservation Group's Swim For Our Rivers event aims to raise $20,000 to help run a campaign to stop the dam and protect Irwin's Turtle. So far community members have donated nearly $10,000. Donations have ranged from $5 to hundreds of dollars.

Mackay Conservation Group spokesperson, Peter McCallum, said "we have been encouraged by local people putting their hands in their pockets to help protect Steve Irwin's turtle."

"The federal government has handed over $13 million in taxpayers money to the private company that hopes to build the dam. We will never be able to match that but people love Irwin's Turtle and we know how to run a campaign on a shoestring so we are very confident we can ensure Steve's turtle is protected from this outrageous dam."

Last year Mackay Conservation Group hired an independent economist, Andrew Buckwell, to review the preliminary business case for the dam. He found that the Urannah Dam would generate just 26 cents in benefits for every dollar it costs.

"There is no justification for destroying a species like Irwin's Turtle for a privately owned dam that will end up being a continuous drain on the taxpayers of Queensland," Mr McCallum said.

Donations can be made to the Swim For Our Rivers fundraiser at swim.org.au