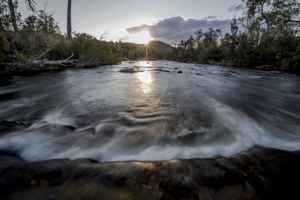 Burdekin water available at a fraction of the cost

Alternatives to Urannah Dam were investigated and shown to be much more economic. The cost of construction of stage one of the Urannah Dam project has been estimated at $250 million. Raising the wall on the Burdekin Dam by 2 metres would cost $15 million and would deliver more water for irrigators.

The Burdekin Dam currently has 50,000 megalitres per annum of unallocated water available for irrigators. A report by the Department of Natural Resources & Mines has found that a further 66,000 megalitres could be made available by more efficient delivery and use of the Burdekin Falls Dam water.

The cost of delivering the existing unallocated Burdekin Dam water is zero. There is the potential to pipe the water to Townsville and Bowen at a far lower cost than building a new dam. The most significant issue is that nobody has shown an interest in taking up the existing 50,000 megalitres of unallocated water from the Burdekin Dam. There isn’t any justification for building a new dam when all that water is available.

Urannah is just one of many Queensland dams that have been rejected on previous economic analysis. The millions of taxpayer dollars from the National Water Infrastructure Development Fund for dam feasibility studies in Queensland will be wasted.

Experience shows that cost-benefit analyses for dams in Queensland are consistently poor. Here are a few examples: 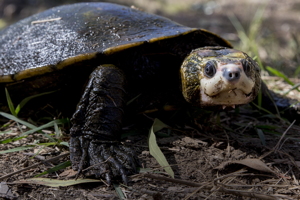 Mackay Conservation Group's research analyst, Patricia Julien, has carefully examined long term rainfall patterns in the catchment of Urannah dam and has concluded that there is a strong likelihood that the Urannah Dam will never fill with water.

It will take a very large rainfall event to fill this dam and those events have become less frequent since the 1990s. Climate change is likely to make our region even drier and Urannah Dam will reduce the flow of water into the Burdekin.

None of the previous studies have taken into account the substantial environmental cost of building the Urannah Dam including CO2 emissions, loss of habitat, biodiversity, water quality and increased weed invasion.

The Urannah Creek catchment is the home for the unique “bum-breathing” Irwin’s Turtle (Elseya irwini), named after famed naturalist Steve Irwin and discovered by his father, Bob Irwin. The Queensland Government says that “the most important thing that can be done to help this species is to preserve intact native riparian (riverside) vegetation.”