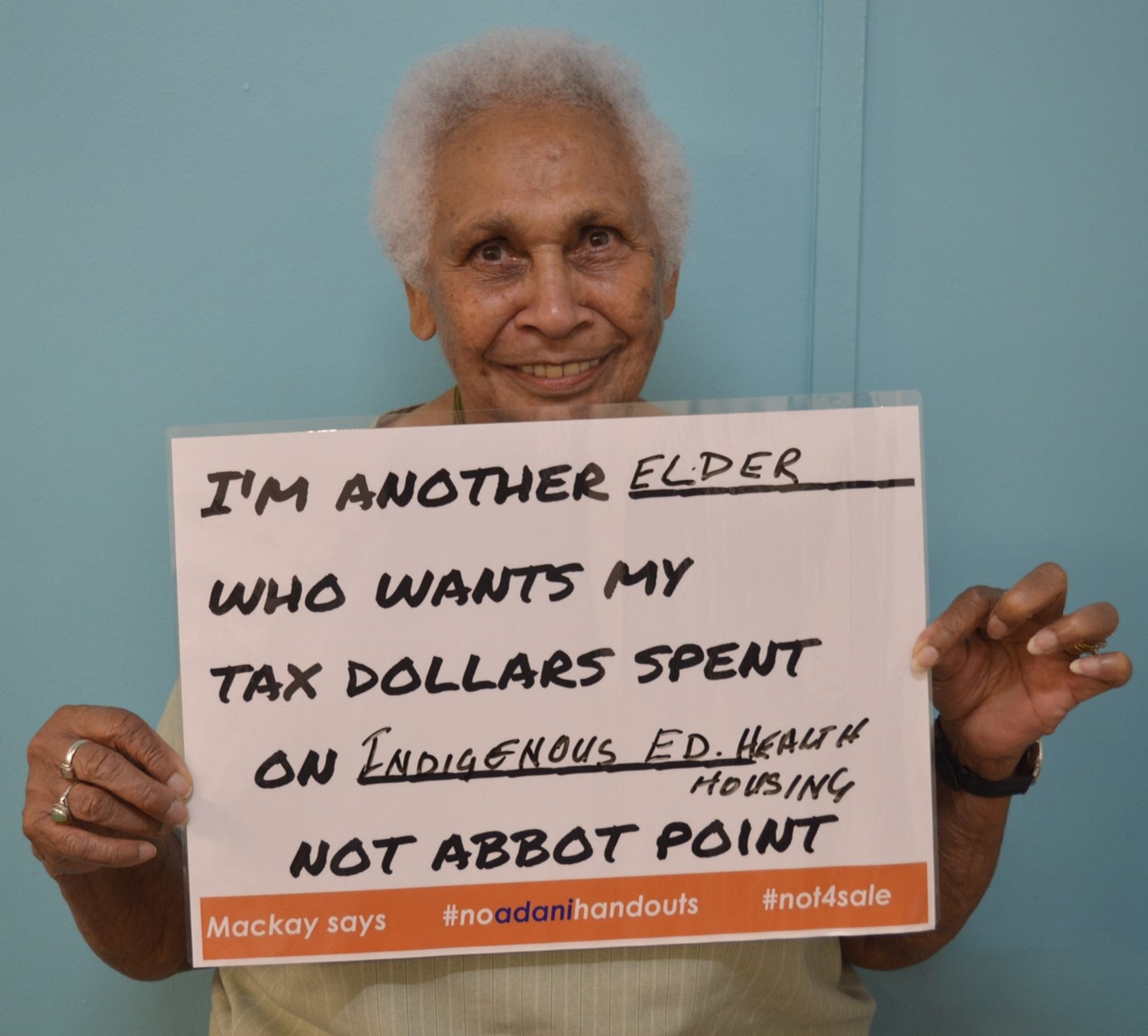 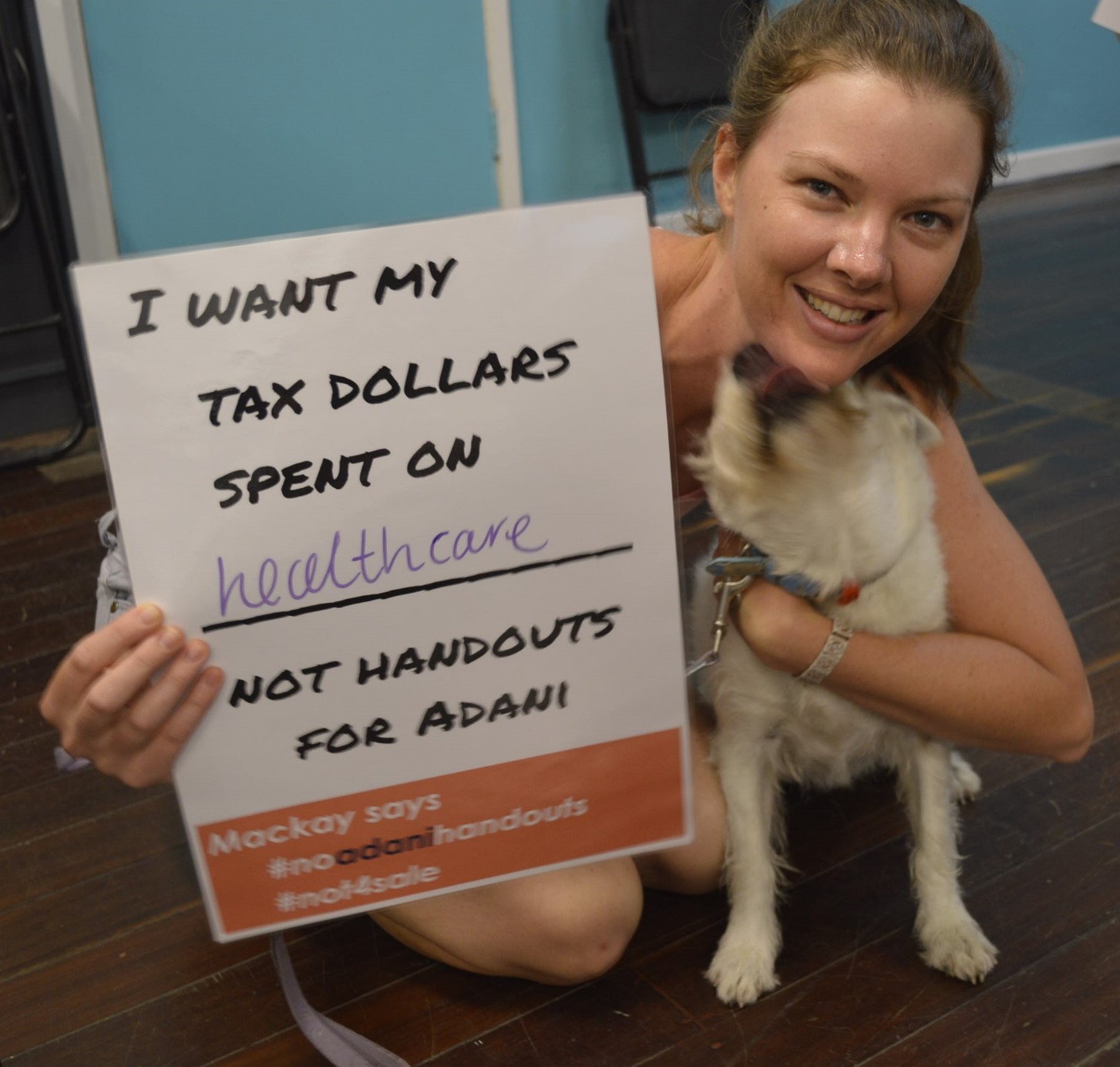 Deputy Premier Jeff Seeney has even said that Queensland's public assets will be privatised to fund these handouts. So that's straight from the public purse into Adani's! This is in addition to the Queensland government promising a royalty holiday for the first mines to get off the ground in the Galilee Basin.

If you're as passionate about this issue as we are, we'd love you to submit a photo! You can upload them to the album on our facebook page, email them to me at [email protected] or text them to 0408 583 694.

You can either handwrite your own sign, or feel free to download ours! If you want to change your location, the bottom text is editable.