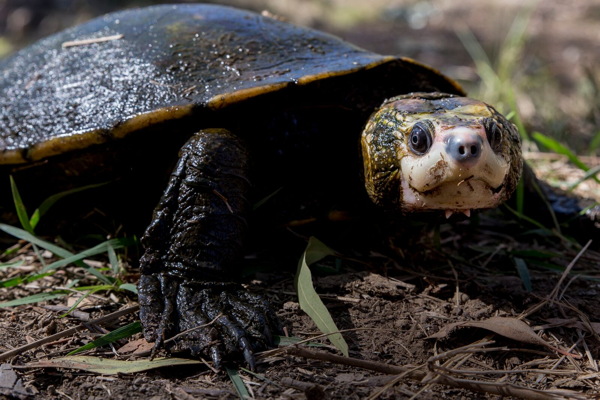 If the Urannah Dam project goes ahead, making the river more muddy during construction and restricting the flow of water after the dam is completed Irwin’s Turtle could be sent to extinction. The sandy banks found along the streams will be flooded, so the places where these unique turtles lay their eggs will be lost.

Just this week it was announced that the federal government is spending another $10 million to make the Urannah Dam project “shovel ready”. It’s very difficult to understand why. Over the past 50 years 18 studies have been undertaken into the viability of a dam at Urannah Creek. Each and every one of them have found that it doesn’t make economic sense.

Over the past few years politicians who back the project say that it will help farmers irrigate their crops. This week’s announcement confirmed what Mackay Conservation Group’s belief that the water would be given to the mining industry. Find out more about Irwin’s Turtle and the unique environment of Urannah Creek at urannah.com.au