MCG makes no apology for legitimately opposing Adani mine.

The Daily Mercury 27.07.19 showed a front page headline decrying the
peaceful protest being organised against businesses that support the Adani mine.
The Mackay Conservation Group makes no apology for legitimately opposing
this mine, because of the impact it will have on our underground water, our
climate, our native species and the Great Barrier Reef.

There has been no DM headline or comment from George Christensen or Dale
Last on the 2 occasions when Adani broke our laws by polluting the Caley
Valley Wetlands and the Great Barrier Reef waters, or when Adani cleared land
and drilled bores on site contravening their approvals, and then failed to
disclose the deception.
There was no outrage from our local politicians when Adani undertook their
‘attack dog’ strategy and in an intimidating manner demanded the names of our
CSIRO scientists assessing their groundwater plan, or when they attempted to
undermine the credibility of the experts evaluating their Black Throated Finch
management plan.
It seems that the media and politicians blindly support Adani, a foreign
company, regardless of what they do. Adani does dodgy deals, and it took a
court order for Adani to pay $12 million they owed to engineering firm
AECOM for work done and not paid.
News last week shows it is unlikely Adani will ever pay taxes in Australia, just
as Abbot Point has paid little or no tax. Adani finances are perilous with assets
of $30 million and liabilities of $1.8 Billion.
Creditors or those planning to do business with Adani must realise that they
may lose more than their reputation.
Christine Carlisle
President
Mackay Conservation Group 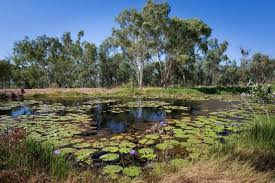