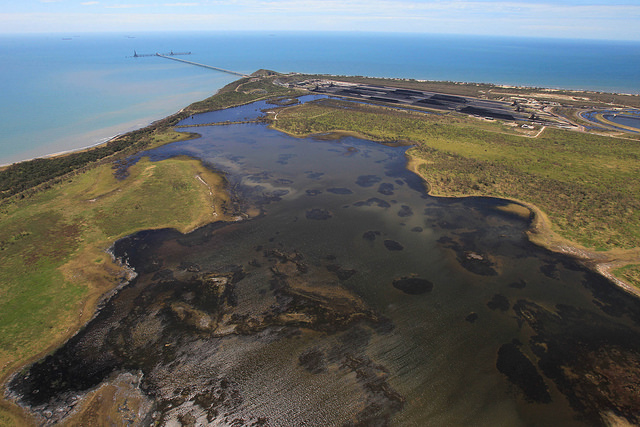 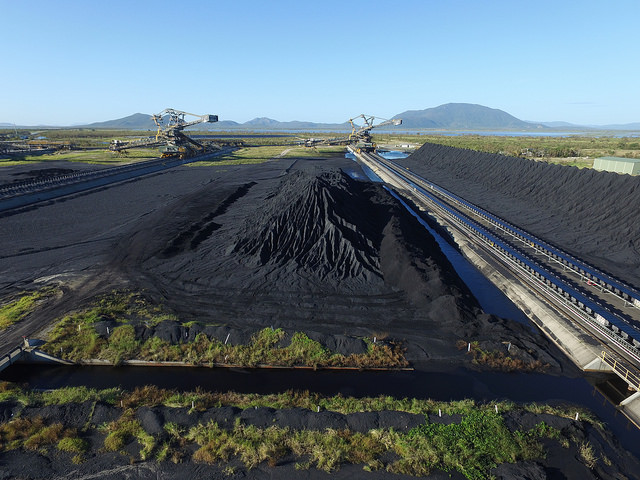 “We now know Adani has polluted this nationally significant wetland and the Reef coast. If its coal mine is built we will see other iconic landscapes harmed.”

“Adani’s stormwater handling facilities and environmental monitoring at its Abbot Point port are obviously inadequate. If the Carmichael mine is built and more coal moves through Adani’s terminal the risks of coal-related pollution will rise.”

Mackay Conservation Group has written to Environment Minister Steven Miles to ask what action DEHP will take to ensure Adani never again pollutes the Caley Valley wetlands or the Reef coast. Mackay Conservation Group has also asked the minister to have further assessment recommended in the report undertaken by government agencies rather than Adani.

In April, Mackay Conservation Group raised concerns about release of coal laden water after viewing aerial photographs published by the Queensland Government. In response DEHP launched an investigation that included sampling of water and soils at the site.

The report shows that during Cyclone Debbie Adani allowed polluted water to flow from its site into the nationally significant Caley Valley wetlands. Coal was found at all locations in the wetlands. Near Adani’s discharge point, coal made up 10 per cent of the soil.

“Adani’s coal mine has the potential to seriously affect the Great Artesian Basin and its coal ships risk harming the Reef as they travel through the Great Barrier Reef.

“Queensland’s precious natural environment is loved by all and Adani has shown time and time again that it cannot be trusted to protect it for generations to come,” Mr McCallum said.