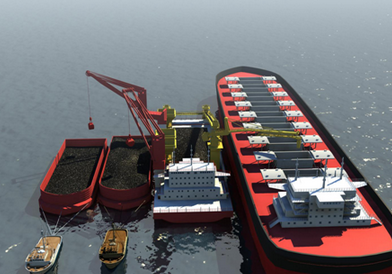 We have serious concerns about the risk of shipping accidents and spillage of coal into reef waters. The Great Barrier Reef Marine Park Authority described the process of transhipping as posing extreme risks to the reef when it was proposed for the Fitzroy Delta near Yeppoon.

Large stockpiles and conveyor belts will be located within a few hundred metres of the community of Half Tide and Salonika Beach. You can read about residents concerns about dust and noise in this story [MOVE LINK TO HERE] which made the front page of the Mercury last week.

The Hay Point Community Action Group are gearing up to fight the project and are hosting a community meeting on Wednesday 30th July at 5.30pm at the Louisa Creek Community Hall (Edmunds Ave, Hay Point).

All are welcome to attend to hear more about what is planned and how you can get involved.

The project has been referred to the Federal Environment Department and now Environment Minister Greg Hunt has until the end of the month to decide if it should be proceed on to the Environmental Approvals process.