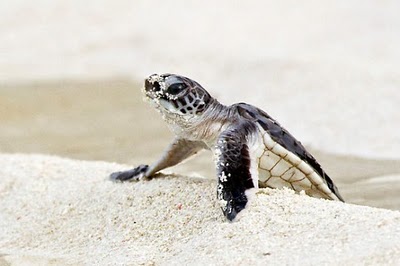 On this same beautiful beach, turtles return every year to lay their eggs.

Guided by an ancient instinct, they return to the place of their birth, crawling up the sand to dig a hole for their eggs.

With the construction of the port, 24 hour noise and lights will be there to confuse and frighten the turtles, perhaps driving them from their nesting rituals forever.

If baby turtles do successfully hatch, they are normally guided by moonlight towards the relative safety of the sea. If daylight arrives and they haven't made the water, they're sitting ducks for hungry birds and other predators.

With 24 hour lights blazing in the coal port, which lights will our baby turtles follow? Will they take the path of refuge to the sea, or the path of death, towards the blazing lights of the coal port?

So give the baby turtles of Abbot Point a fighting chance – become a Reef Defender today. 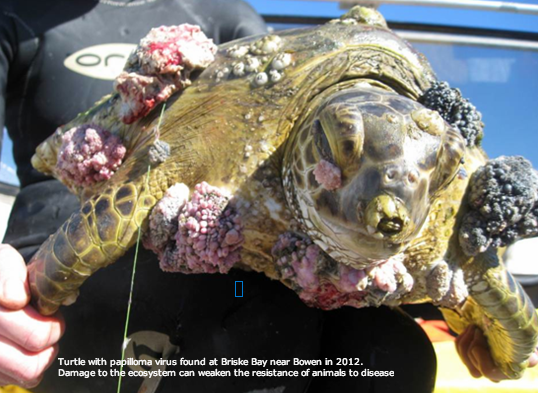 Turtles are not the only creatures affected by increased human activities in and around the World Heritage area, such as shipping, dredging, agricultural run off, coal port construction and operation and coal dust.

Other affected creatures include:
• Dugongs
• Birds

How you can help