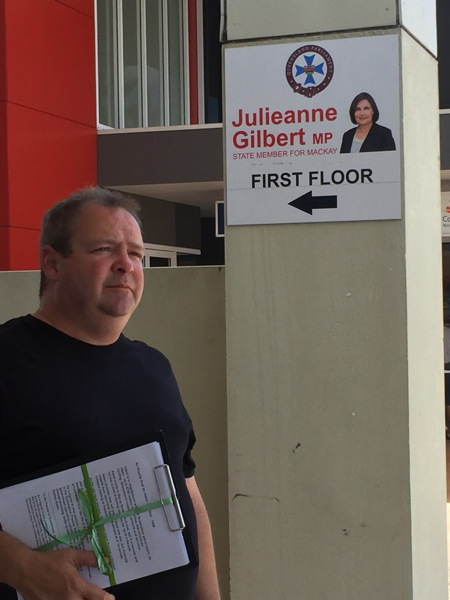 It seems like a lifetime ago for some of us but It has only been six months since the politicians on both sides of the fence were united in saying that Adani's mine must stack up both environmentally and financially. Now they are bending over backwards to fast-track environmental assessments and willing to cut a deal with taxpayers money to help the mining company progress its uneconomic project. In November 2019, Mackay Conservation Group delivered a petition of over 1300 signatures calling for the deal to be scrapped to Mackay MP Julieanne Gilbert.

Domestic and international financial institutions have all ruled out funding the Carmichael mine, forcing Adani to announce that they would bankroll the mine themselves. Adani's royalty negotiation with the Queensland government confirms that Adani won't or can't fund the Carmichael mine without nearly a billion dollars of public support.

We already knew the mine doesn’t stack up environmentally and now Adani has their hand out for a massive public subsidy in the form of a royalty exemption that they may never payback.

It's anybody's guess if the mine will ever be profitable. Adani Australia has been running at a loss for years and are already $1.8 billion in debt. Financial analysts say Adani is a corporate collapse waiting to happen. This shouldn't be a surprise to anyone. For years financial institutions around the globe have refused  to touch the Carmichael mine project.

If the Carmichael project goes under, it will be Queenslanders who are left holding the can, probably wondering why their hospitals and schools are so poorly funded.

We delivered a petition of over 1300 signatures calling for the Adani royalties deal to be scrapped to Mackay MP, Julieanne Gilbert. If you want to make a difference you can call Qld Treasurer Jackie Trad and ask her to not give any special financial treatment to Adani.