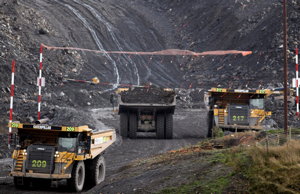 Mackay is right at the centre of climate change. Burning coal for electricity is is one of the key sources of carbon emissions, producing about 41% of all global carbon emissions. Australia is the world’s largest exporter of coal. One third of the coal extracted from Queensland coal mines is for electricity production. The other two-thirds are burnt in steel mills to heat iron ore and produce steel. The impact on the climate of burning a tonne of coking coal is the same as burning one tonne of thermal coal but since coking coal only contributes about 2% of global carbon emissions it hasn’t been seen as low hanging fruit for carbon emission reductions.

In 2016 the world’s governments met in Paris and reached an agreement on a response to climate change. The agreement is to limit temperature increases to 2°C and to strive to limit those increases to 1.5°C. In order to reach those targets the nations of earth will have to move rapidly to de-carbonise their economies. Many governments — including those of countries, regions and cities — have begun to commit to a policy of "no net carbon emissions by 2050". The Queensland Government has recently signed on to that policy. Given that the world’s governments have almost universally signed on to the Paris agreement we can expect that they will also agree to a similar no net emissions policy.

For Mackay that will have significant consequences. Over the past fifty years our region's economy has become increasingly wedded to the coal industry. A no net emissions policy will mean that eventually there will be no market for coal, particularly thermal coal, unless a mechanism can be found to safely sequester carbon dioxide produced by coal fired power plants. There is a limit to the ability of plants to uptake carbon-dioxide and all efforts to date to find a commercially viable method of geo-sequestration (underground storage of carbon-dioxide) have failed. Without successful sequestration, there can be no way to reach a no net emissions target without significantly reducing the burning of fossil fuels to near zero.

Coal faces a challenge from another front as well. Renewable energy is now cheaper to provide than fuel from existing coal fired power plants. In India the price asked by solar energy providers has dropped by 80% over the past five years. Wind generated electricity prices have declined 20% over the same period, while coal fired power has remained static. New renewable energy is now cheaper in India than energy produced from existing thermal power plants. In Mackay that means that the time is drawing closer when many of our coal mines will run out of customers. 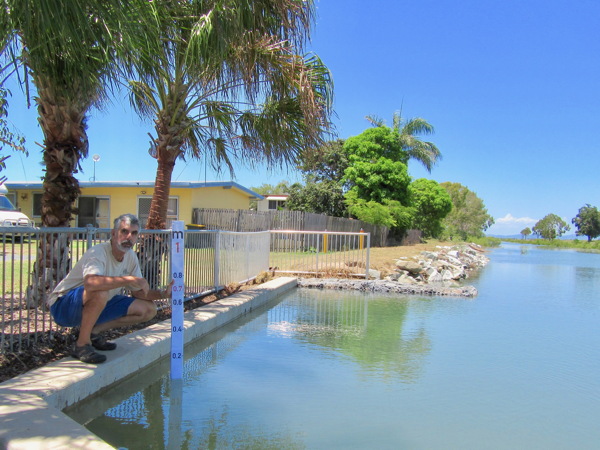 Climate change and the response to it means that Mackay faces significant challenges. Low lying parts of the city could become uninhabitable if seawater encroaches on them. Alternatively the council may be required to spend significantly increased funds to put in place protective barriers that would stop sea water intrusion. We also face economic challenges. A chaotic unplanned economic transition leads to rapid unemployment, bankruptcies, population decline, falling house prices, increased mental health issues and other responses similar to what we saw at the end of the most recent coal boom. A planned transition can avoid that.

Mackay must plan for an orderly transition to an economy that is not coal dependent before 2050. Our community has recognised the need for a diversified economy and communicated those desires through local surveys and forums. The GW3 economic Indaba in September 2017 demonstrated that investment in tourism, education and mine rehabilitation are the priorities for industry and the community. Mackay Conservation Group’s own survey of community opinion in 2017 found that 46% of Mackay residents oppose the construction of new coal mines while only 41% are in favour. Our community wants industries that will provide work for generations to come rather than industries that depend on markets that are in decline.

Mackay Regional Council is already working to strengthen our economy. MRC’s Economic Development Strategy recognises the need reduce dependence on mining and agriculture by building in more capacity and diversity. The council’s corporate plan similarly recognises the need for a diversified approach to environmental, social and economic sustainability.

Where to from here? 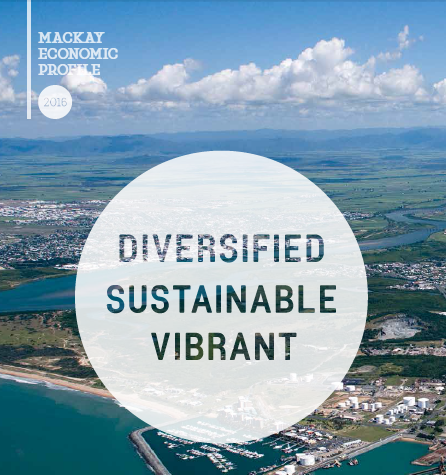 Mackay could continue along the path that we have been following for the past fifty years and remain dependent on the booms and busts of mining and agriculture. However ignoring the significant changes in global energy production that are happening around us will potentially leave Mackay in a vulnerable position. We are currently being told that the development of the Galilee Basin will provide a significant boost to profits, taxes and jobs but that is by no means certain. It is guaranteed however that the burning of fossil fuels will damage global environments and have a significant impact on Mackay’s future existence.

Mackay Conservation Group has been working to prevent the Adani Carmichael mine proceeding for around five years. The mine would be the first of many in the Galilee Basin, if it doesn’t go ahead then it is unlikely that any mines will proceed in the Galilee. In total the proposed projects in the Galilee Basin would add an additional 900 million tonnes of coal to the global supply each year. That would more than double Australia’s coal production and have a significant negative impact on climate at a time when we must be moving to reduce our carbon dioxide emissions.

Mackay Regional Council had the foresight and integrity to not invest ratepayer money in Adani. The proposed investments in Adani’s mine by Rockhampton and Townsville councils has led to a voter backlash as ordinary ratepayers realise that their money is being directed towards a dubious private project. We would like to ask the council to put a request to the Federal and State Governments for an alternative plan for our region should the 10,000 jobs long promised by Adani never eventuate. Mackay needs a plan that maps a way forward to a sustainable and prosperous future and a funding mechanism that can enable it.